Outside the Bubble: NYC 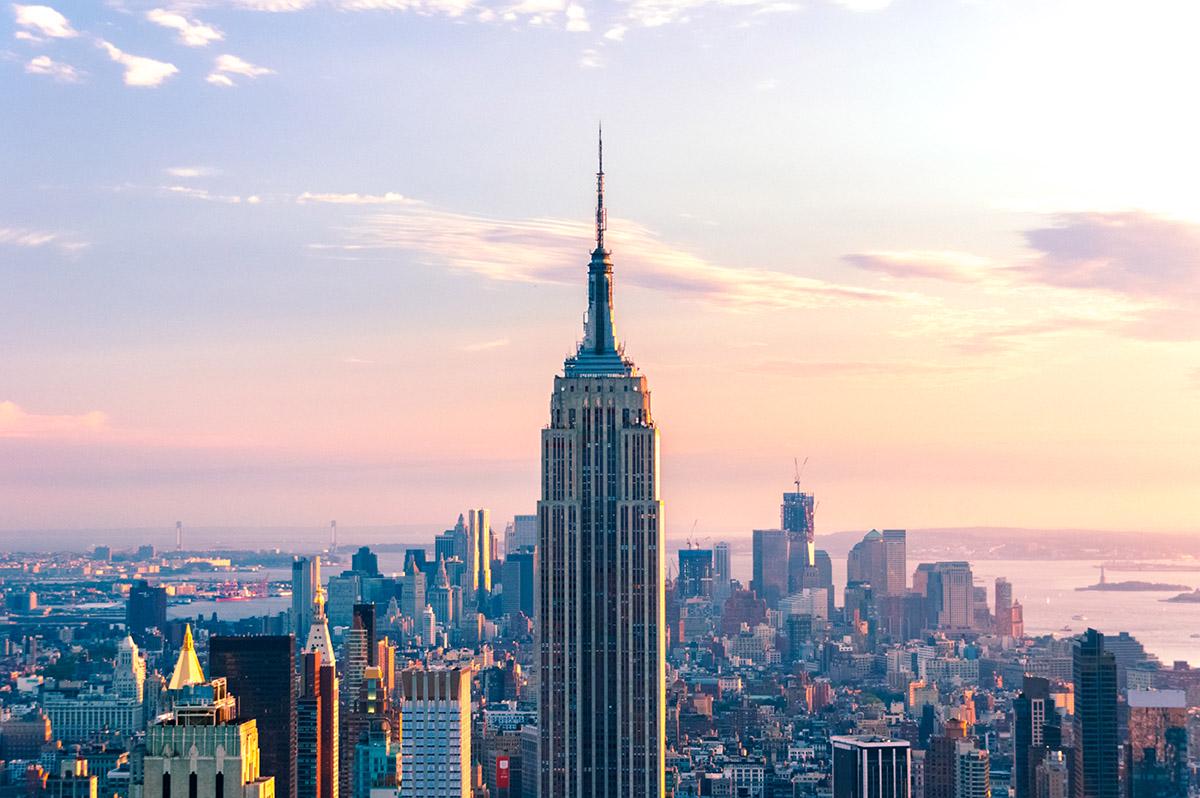 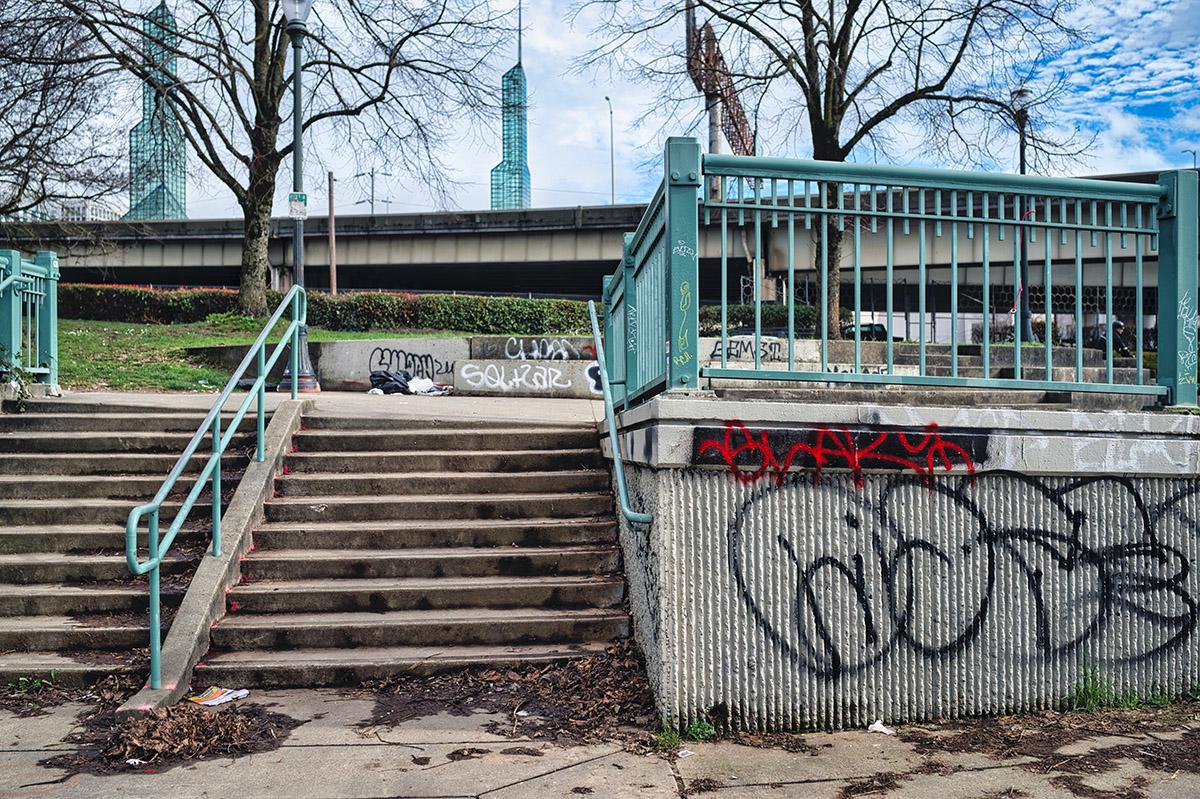 I'm on the plane today reflecting on a recent interaction.

Unfortunately, on Facebook (soon I'll get off, I swear).

I live in a city with many houseless people. As many of you know, being without a home may be caused by many factors:

I believe it cannot be solved with relatively simple broad concepts like “affordable housing” (affordable for whom, and what about the meth that fries people's minds forever).

I believe once we begin to look at the issues holistically, pool our resources, force aid organizations to talk to one another, and address the systemic underlying factors is the only way the crisis will be solved.

But that takes work and effort. It also doesn't make for a good political soundbite.

We try to oversimplify issues because complexity is hard. It's advanced work.

In my particular neighborhood, we have many houseless individuals and families. I do not know their circumstances. Honestly, it's not my business to know.

I do know what I see. Atrocious living conditions. Hypodermic needles where once there were none. Garbage everywhere.

I also know what I've experienced personally. Here's a rundown of a few things:

We also have laws that make it so people who commit petty crimes (houseless or not) are no longer arrested.

It sounds good on the surface.

Fewer resources expended on minor crimes, (hopefully) less chance of a person of color being needlessly hassled for being black or brown.

It also means by looking the other way, people who need access to resources (hence committing petty crimes) no longer have any engagement with anyone until things get really bad.

No one to connect you with addiction resources, women's shelters, etc. where you may find some relief, or potentially enough relief to get off the streets.

As with many policies, there are many unintended consequences.

This is About Conversation

The whole preamble above is something we have to do now.

It's all to say that I understand complexity.

I'm not shooting from the hip. I've given what I'm witnessing and the environment I'm living in a great deal of thought.

I've given it so much thought I'm fatigued by it.

The easy answer is, move. Right?

Except housing prices are through the roof. And, these problems persist in many parts of my city. So no safe havens without a cool million to spend.

And here's where the controversy begins. With one simple question:

It's OK to want to make the city better, right?

This is the conversation that lacks civility.

The conversation seems to be dominated by people who are either activists or people who proselytize from the highest mountains about how great Portland is.

A place can be great and have problems at the same time.

We do not live in a zero-sum world. It's not a winner-take-all world, especially when it comes to public policy.

And this is what's so often happening in the public discourse. I either have to agree with you 100% or I am absolutely someone to be loathed, chastised, and shut down.

We see it in politics.

And we see it online.

For example, the housing crisis here.

There are people who think Portland is great just as it is and people without homes need to be able to do whatever they want or need to survive.

And they shout down anyone who says anything different.

We have lobbyists advocating for the houseless bending the ears of politicians. We have rich people also keeping it out of their neighborhoods.

Meanwhile, the rest of us are working and come up for air occasionally to say can we get a little help here?

But I will say this.

We seek shelter from complexity.

It's so insular that when someone dares to disagree with another person, instead of having a constructive conversation, it turns into a deeply divisive battle.

In a neighborhood Facebook group, someone posted that the person who reported her van to the City owes her $100 and an apology.

The van was parked on the street and surrounded by garbage. It appeared that someone lived in the van all summer. It wasn't driveable (the person admitted it in the post).

Many commented and said that sucks, what terrible neighbors, etc.

The issue is whether a car can be parked in the street with an awning out, garbage in the street, and at times spreading into the sidewalk.

The other issue is that the person living in the van (or in the house with the van out front) was seen openly carrying and playing with a handgun while walking down the street.

I saw it myself. He pointed it at himself and in the process inadvertently pointed it in my (and my husband's) direction while we were sitting outside our house.

Was it loaded? I don't know.

Did anyone get hurt? No.

I don't think he was aware we were there, but I'm not sure.

What was abundantly clear, however, is he knew nothing about guns or gun safety.

I didn't report the incident to the police.

Why? Because nothing happened (except totally freaking me out). That's probably the most frightened I've been outside my own home.

I was shaking for over an hour.

I declared I wanted to move.

I looked at real estate the rest of the summer.

I've heard rumors about the person living in the van. I don't know what's true or not.

And, given my personal experiences — both seeing the gun, and after reading her posts in the neighborhood group — I am unlikely to approach the house.

It seems reasonable that people would want the van moved off the street and into the driveway.

It also seems reasonable that her immediate neighbors might not want to approach the house. Hence, why they called the City to have her van towed.

It would be disingenuous not to also include the man living in the van is Black.

The woman who owns the van and wants $100 from her neighbors is white.

It's an important plot point (below).

As a white person, I acknowledge I do not have a shared experience. I do not know what it's like to be Black. Or houseless. I acknowledge my privilege.

And, it's OK to be fearful of any person walking down the street with a gun.

When someone disagreed with her that whoever reported the van shouldn't pay the $100 and mentioned the gun incident they were labeled as racist and classist.

After people piled on for a couple of days, the neighbor ends it with, 'I've private messaged you, I really want to get along with my neighbors. I wish you'd come and talk to me.'

That's not how the world works.

Or at least not the world I'm used to.

That's the problem with this all-or-nothing zero-sum game people play.

It's like I get to say what I want when I want.

And screw you if you think differently.

And then there's the reality that you have a 30-year mortgage and you've called your neighbor a racist and a classist.

Talk about an oh shit moment.

It would be easy to say 'there's no reasoning to crazy.'

It does give me pause before speaking out next time.

But that's the whole point, isn't it? 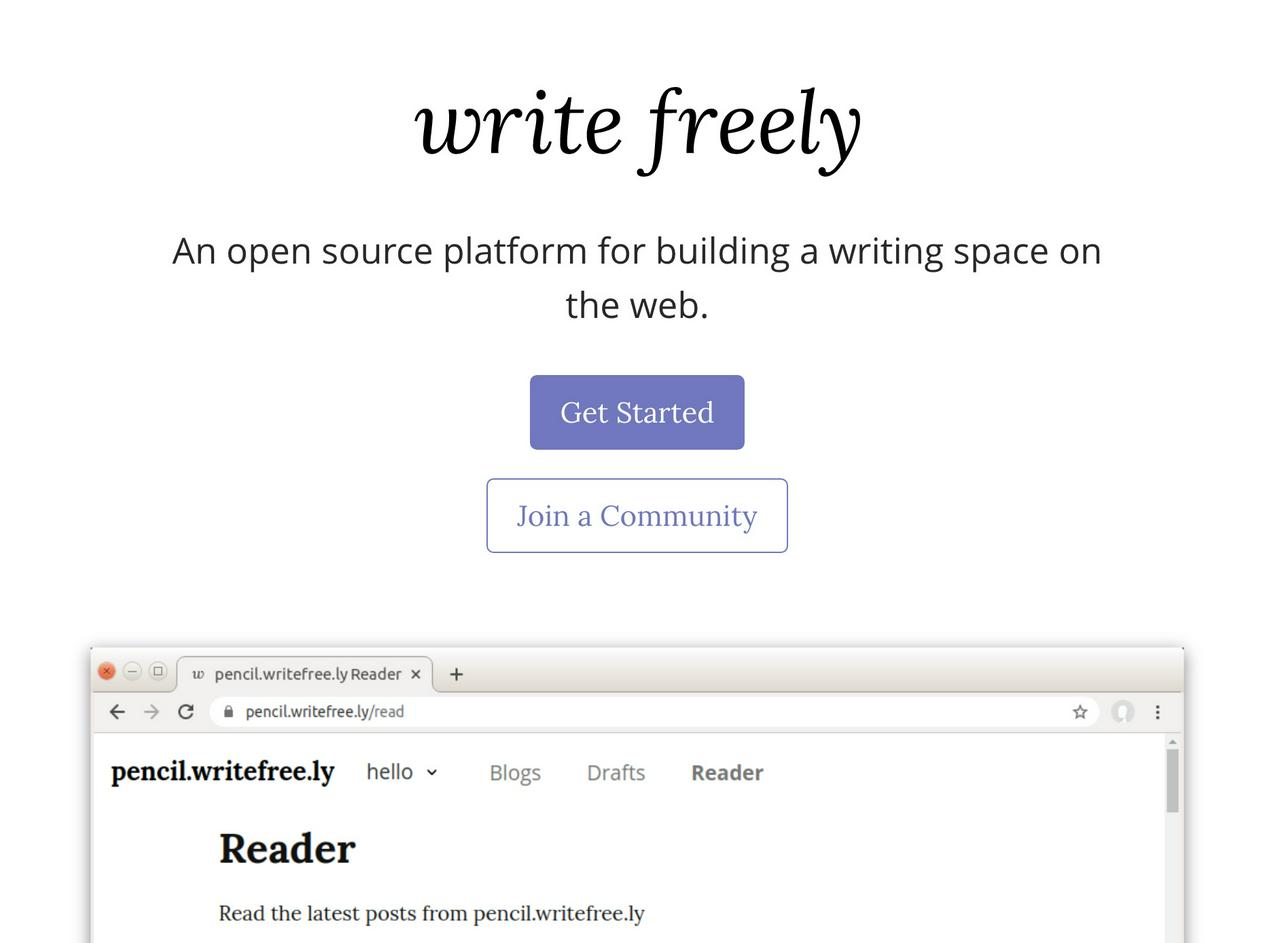 Still getting the hang of this minimalist blog thing.

Sent an email from Apple and it was crazy weird. Extra characters and junk. Must not be clean HTML.

Now I’m using the iOS WriteFreely app. I think this will be a great way to blog while I’m on the road for the next few days and trying to stay away from my computer and email all the time.

I’m aware that the use of my phone doesn’t make me a digital minimalist.

What I’m most interested in is capturing thoughts and ideas from the road without sharing it on social media.

I think I have this figured out. 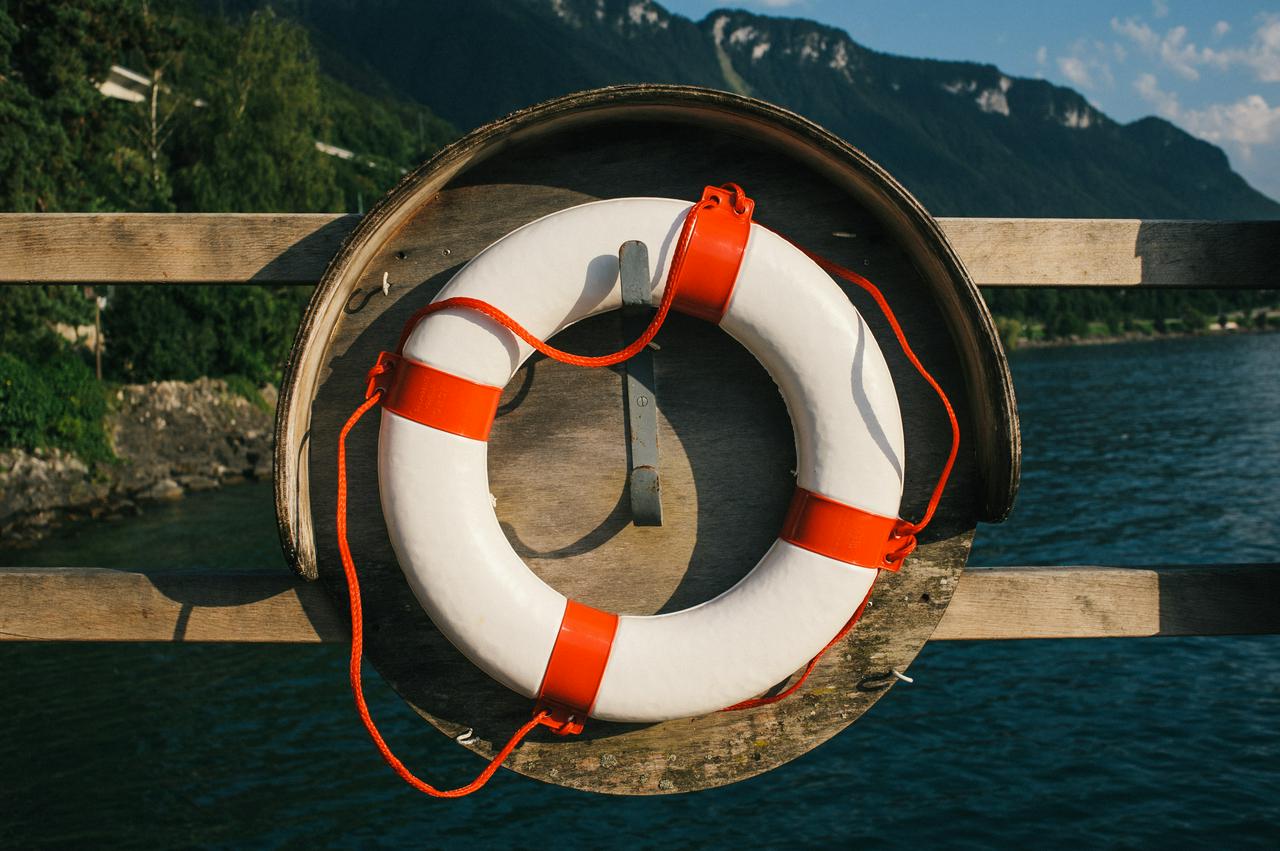 You know that feeling when you think you’ve got your list of to-dos before going on a trip?

The emails start coming in and you realize you’re not even close to there.

That’s a special kind of overwhelm.

We’ve now entered the write everything down in triplicate mode.

Messages from the Road

One of the reasons I was attracted to this platform for blogging my personal thoughts, is the ability to send writing to a "special" email address and have it posted to the blog automatically.

Yes, it can be done a million different ways. And, this is the simplest and keeps me out of the code (or at least I hope so).

This is the maiden voyage of sending a blog through email.

I'm adding a photo too — because why not. It's time to test the limitations of this thing. 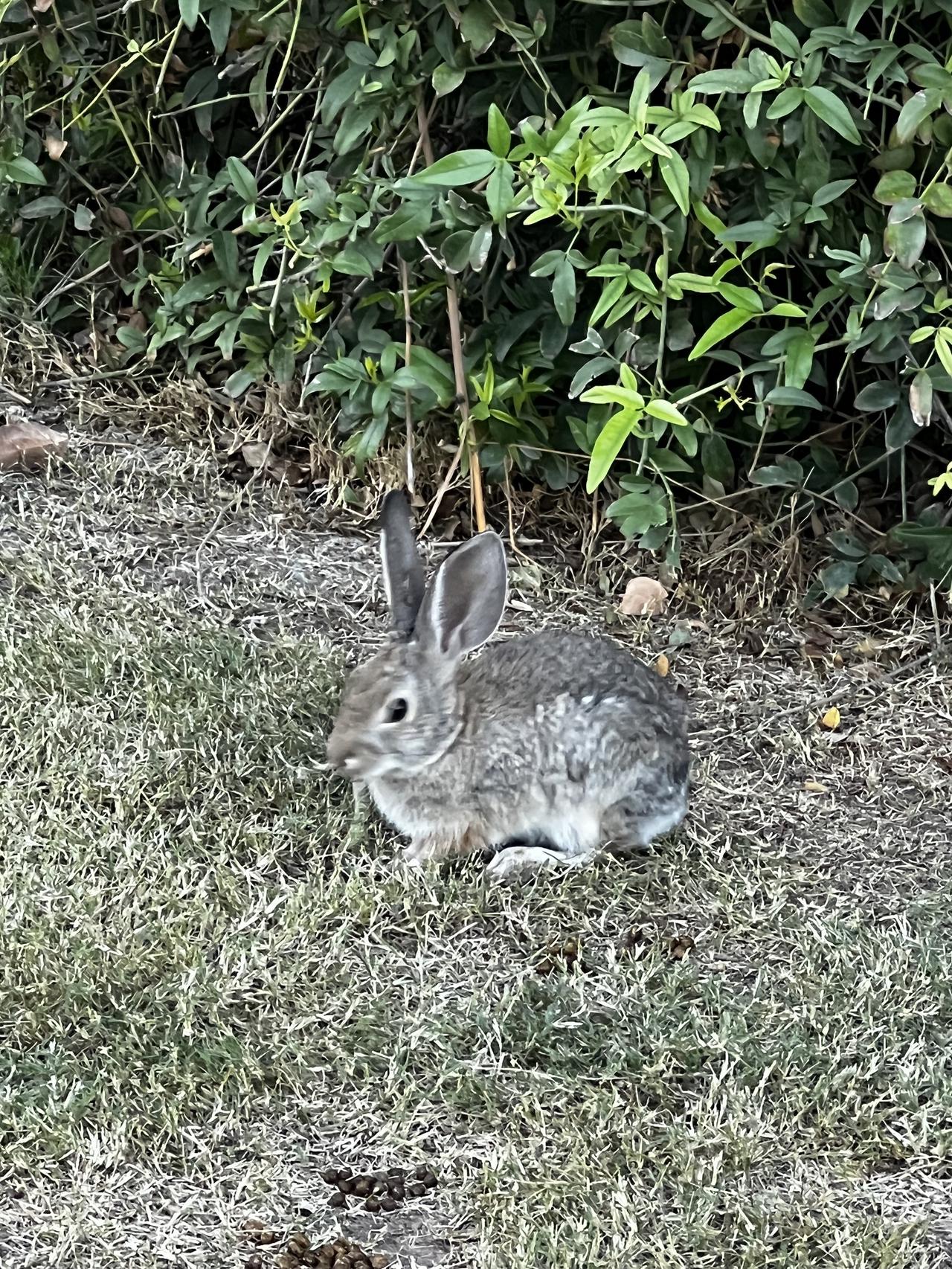 This is a cute bunny I saw in my recent travels to Arizona. Greeted me every morning as I left my hotel room.